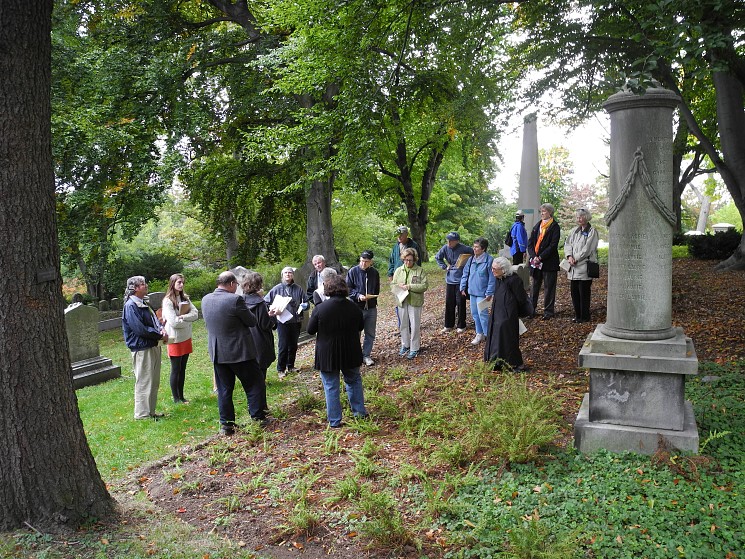 During Poetry Month, April, enjoy one of these poetry themed programs:

Missed this program?  View the handout with short biographies and poetry selections for each poet.

Poet Lawrence Ferlinghetti was so inspired by a visit to friend and fellow poet Robert Creeley’s grave at Mount Auburn, that he wrote two poems about his experience at the Cemetery.  ”In the Creeley family plot in Mount Auburn Cemetery, Boston, just off the Tulip Path, there were already thirteen Creeleys and seven related Lauries with their names incised in a twelve-foot stone pillar, and poet Robert Creeley himself now just buried here still awaiting a gravestone under a Douglas Fir and a European Beech whose blossoms this windy wet April 2006 wave in the wrought air above him…” Read more.

LEARN MORE ABOUT THE POETS OF MOUNT AUBURN