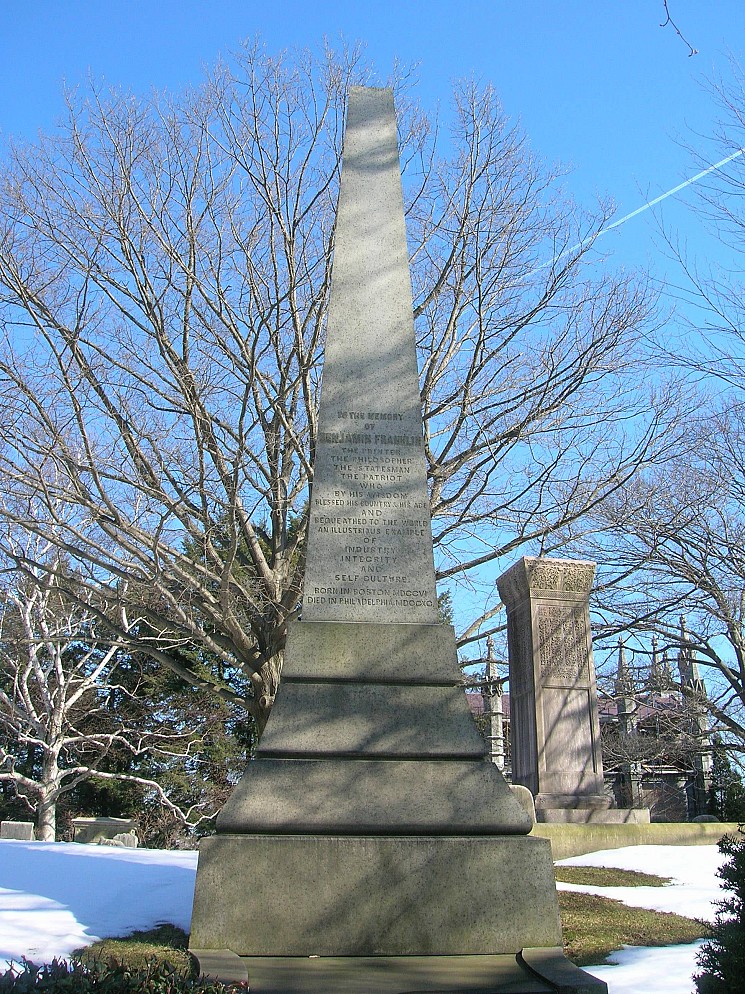 The Benjamin Franklin Memorial was erected by Thomas Dowse ca. 1855. Dowse (1772-1856) was a philanthropist and self-made-man. Known as a “leather dresser”, he was a notorious book collector. He was an admirer of Benjamin Franklin, and erected a monument to Franklin’s memory adjacent to his own granite obelisk.  The obelisk commends the “illustrious example” of Franklin’s “industry, integrity and self-culture”. A scale model of the Franklin obelisk is at the Massachusetts Historical Society, to whom Dowse bequeathed his immense library. It is important to note that this monument is a cenotaph, as Benjamin Franklin is buried in Philadelphia, PA.  The full inscription on the memorial reads:

“To the memory of Benjamin Franklin, the Printer, the Philosopher, the Statesman, the Patriot, who, by his wisdom, blessed his country and his age, and bequeathed to the world an illustrious example of industry, integrity, and self-culture.”