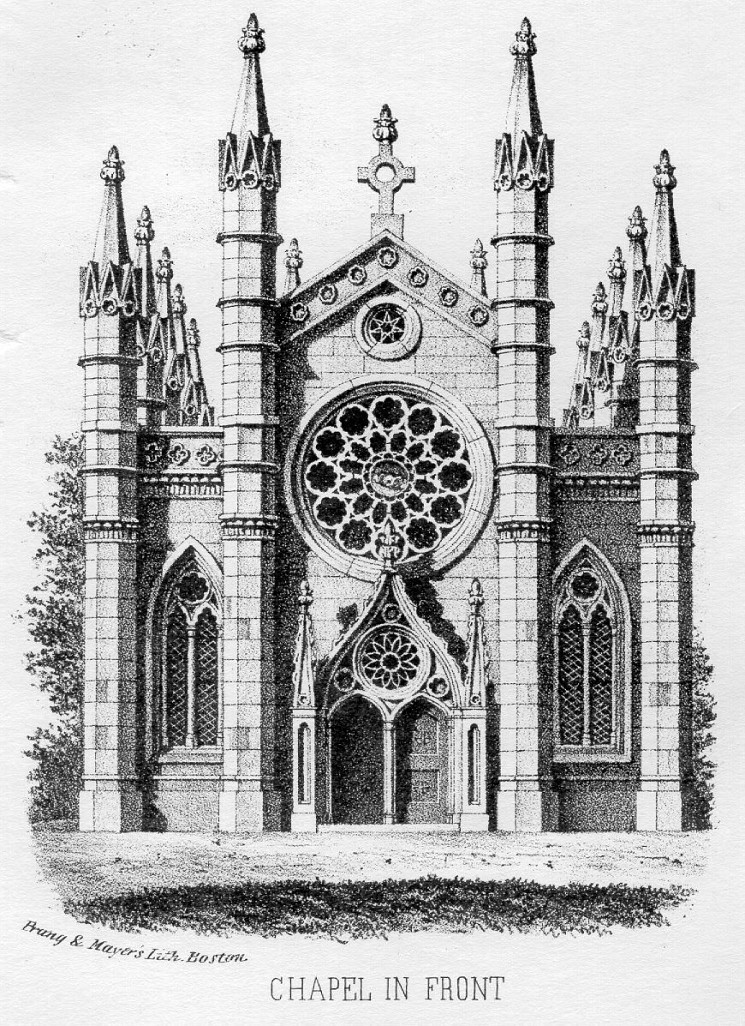 In 1853, the Cemetery Trustees voted to take down the Chapel and rebuild it to correct the original structural deficiencies. In reconstructing the building about 200 blemished or defective stones were removed and replaced with others of proper size and character. The second construction was completed in 1856.

During the second construction, the Cemetery commissioned four American sculptors living in Italy to create statues for the Chapel. Four persons distinguished in different periods of American history were chosen to be represented in the Chapel. They were: John Adams, a founding father and second President of the United States; sculpted by Randolph Rogers

James Otis, patriot and orator of the Revolutionary period; sculpted by Thomas Crawford and completed by Randolph Rogers