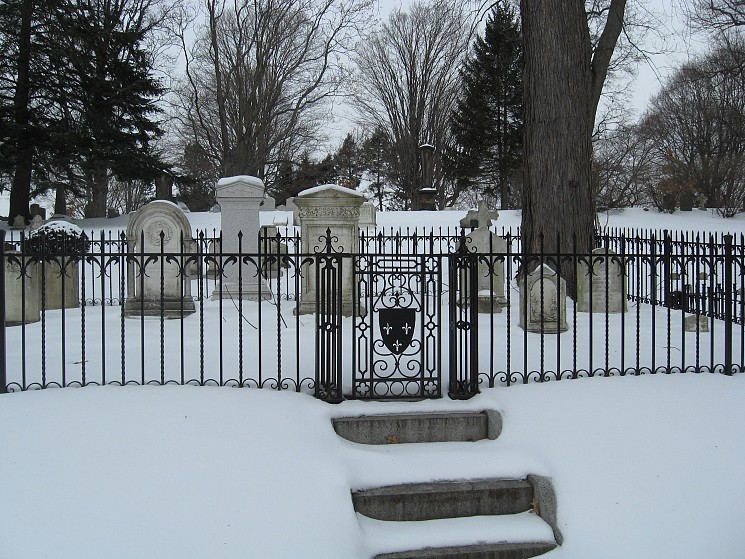 Mount Auburn is the resting place for more than 900 people who served in the Civil War. Among them are those who served as Generals in the Union Army.

After graduating first in his class at West Point in 1851, Andrews went on to work as a civil engineer. He was superintendent of the construction of Boston Harbor’s Fort Warren.  After the onset of the Civil War Andrews was appointed lieutenant colonel and later colonel of the 2nd Mass. Regiment. He fought in the battles of Cedar Mountain and Antietam.  In 1862 he was appointed brigadier-general. He recruited and commanded a troop of Black soldiers between 1863 and 1865 and became Provost Marshall General of the Army of the Gulf. Just after the war, Andrews became U.S. Marshal for Massachusetts and then in 1871 he became a French professor at West Point.

Carleton joined the U.S. Army in 1839 and fought in the Mexican War.  During the Civil War, he was appointed commander of the Department of New Mexico where he developed a passport system to root out Confederate spies. He forced the Navajos to make the “Long Walk” to Bosque Redondo where he planned to convert them into Christian farmers. This effort ultimately failed and he was reassigned to the 4th U.S. Calvary in Texas in 1867. He died in 1873 on active duty in San Antonio.

Chamberlain ran away from his Boston home to Illinois when he was fifteen years old.  After the outbreak of the Mexican War, he joined the Alton Guards of the 2nd Illinois Volunteers and went to San Antonio, Texas. Chamberlain recorded his experience during the Mexican War through art, painting over 100 watercolors, and writing.  He wrote My Confession: the Recollections of a Rogue, later published in 1956, a vivid account of his life as solider. Despite being wounded seven times during the Civil War, Chamberlain was appointed brevet brigadier general in 1865. He commanded the Black troops of the 5th Mass. Cavalry and led them to Clarksville, Texas after the war.

Cowdin was appointed colonel of the 1st Mass. Volunteers, the first regiment to reach Washington D.C.. At Blackburn’s Ford he stood conspicuously dressed in a white shirt and is quoted as saying “The bullet is not cast that will kill me today.” Appointed brigadier general of volunteers in 1862, he fought in the battles of First Bull Run, Williamsburg, Fair Oaks, Glendale, and Chantilly.  The Mass. Senate never approved his appointment and Cowdin returned to Boston in 1863 after it expired. Upon his return, the city of Boston held a formal dinner in his honor at the Revere House.

Devens became a lawyer after graduating from Harvard in 1840. He served as a Massachusetts state senator in 1848-9 and U.S. Marshal between 1849-53. He enlisted in the army in 1861, and was appointed colonel of the 15th Mass. volunteers.  He was appointed brigadier general of volunteers in 1862. Devens fought and was injured in Fair Oaks, Chancellorsville, and Cold Harbor.  In 1864 he led the 24th Corps and was the first to occupy Richmond after its evacuation. Devens returned to Boston in 1865 and served as Massachusetts Superior Court judge until 1873. He was appointed a state Supreme Court judge and served for the rest of his career, excluding the time he served as Attorney General for President Hayes’s administration.

After graduating from Harvard in 1838, Eustis graduated first in his class at West Point in 1842. Before the Civil War, he was an engineering professor at both his alma maters. He was appointed colonel of the 10th Mass. Volunteers in 1861, and fought in the battles of Fredericksburg, Chancellorsville, Gettysburg, Wilderness, Spotsylvania, and Cold Harbor. He was promoted to brigadier general of volunteers in 1863. Eustis retired with failing health and returned to teach engineering at Harvard for the rest of his career.

Hincks moved to Boston in 1849 to become an elected representative in the state legislature. He was adjutant of the 8th Mass. Militia in 1859 and is credited to be the first Union volunteer of the Civil War. He was appointed colonel of the 19th Mass. Regiment, and fought in the battles of Ball’s Bluff, the Peninsula campaign, Glendale, and Antietam. Hincks was promoted the following year to brigadier general. In 1864, he commanded the first division-sized unit of Black troops in major action at Petersburg. After retiring from the army in 1870, he was governor of the soldier’s homes in three states and was active in Cambridge politics.

Howe graduated from West Point in 1841 and taught there briefly before he joined the army and fought in the Mexican War. He was present at Harper’s Ferry and served under Robert E. Lee when John Brown arrived in 1859. Howe served as captain in artillery during the Peninsula campaign in 1861 and he was promoted to brigadier general the following year.  He commanded troops in eastern battles throughout the war.  Howe was selected to be a member of the military commission that tried the conspirators of Lincoln’s assassination in 1865. After the war Howe continued his military service and served in the honor guard over Lincoln’s body.

Graduating as valedictorian from Harvard in 1854, Lowell worked as a businessman in the metallurgy industry. Lowell had no military experience, but he had become an accomplished equestrian and swordsman during an extended trip to Europe. He was commissioned as captain of the 6th U.S. Cavalry and fought in the Peninsula campaign and Antietam. On Oct. 19, 1864, the same day his commission to brigadier general was signed, Lowell was wounded at Cedar Creek. He died from his injuries the next day.

After studying law at Harvard College, Paine was admitted to the bar in 1856. He volunteered to serve in the Civil War and was commissioned captain of the 22nd Mass. Infantry in 1861. He was promoted to colonel of the 2nd Louisiana Infantry, one of the first African American Union units. He went on to lead a division of Black soldiers, which earned 14 medals of honor, in the Army of the James in 1864.  Paine fought in the decisive battle at Fort Fisher, before returning home to Boston. In addition to his war experience, Paine was a skilled yachtsman who successfully defended the America’s Cup title three times.

Stevenson wanted to be a soldier all his life and the Civil War provided him with just that opportunity. He was commissioned colonel of the 24th Mass. Volunteers in 1861 and led his troops to North Carolina.  He was promoted to the ranks of brigadier general in 1862 and directed forces at Fort Wagner the following year. Despite contracting malaria the previous winter, Stevenson played a decisive role in the Battle of Wilderness. He was killed in action during the battle of Spotsylvania on May 10, 1864.