When you think about the term “going green”, recycling and conservation of resources usually comes to mind.  But what about “going green” in an unobtrusive way that enhances the natural beauty of an area while creating a habitat for wildlife? In 2007, Mount Auburn did just this by dedicating more than an acre of land surrounding Washington Tower to establish a wildflower meadow.  This project was part of a comprehensive and ongoing program of improving the natural vegetation and wildlife habitat at Mount Auburn.

The wildflower meadow introduced a type of habitat that was currently not found at the Cemetery. This type of habitat is formed by a plant community that is becoming scarce in Massachusetts due to the fragmentation of farmland, development, pollution, invasive plant species competition and the suppression of naturally occurring ground fires that have historically supported it. Our wildflower meadow consists of over 40 different types of native grasses and wildflowers and shrubs that are represented by more than 15,000 individual plants. As a whole, the meadow creates a habitat that encourages and sustains threatened species of birds, insects and mammals.  Mount Auburn is designated as an Important Bird Area by the Massachusetts Audubon Society.  The meadow’s grasses provide habitat resources such as nesting material, shelter and food for both native and migrating birds.  In choosing plants, it was especially important to ensure that the grasses present could specifically support at least nine species of native grassland birds that are recognized as being endangered in New England.  Additionally, a water feature was added to replicate small seeps found naturally in meadows help to attract a broad spectrum of wildlife.

Mount Auburn’s wildflower meadow usually starts to bloom in mid-June and continues through late August.  Flowers are starting to popup daily, so the next time that you visit the Cemetery, definitely stop by Washington Tower to check out the wildflower meadow and enjoy its natural beauty! 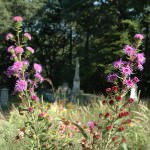 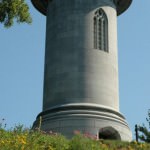 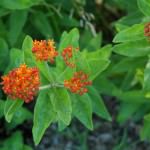