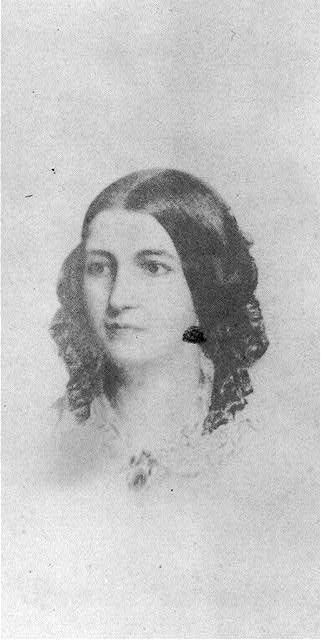 The most significant tragedy in the life of Longfellow was the death of his second wife, Fanny Appleton, who died in 1861 from the burns she suffered after her dress caught on fire. Still grieving the death of his soul mate eighteen years later, Longfellow penned “Cross of Snow” on the anniversary of her death.

In the long, sleepless watches of the night,
A gentle face–the face of one long dead–
Looks at me from the wall, where round its head
The night-lamp casts a halo of pale light.
Here in this room she died; and soul more white
Never through martyrdom of fire was led
To its repose; nor can in books be read
The legend of a life more benedight.
There is a mountain in the distant West
That, sun-defying, in its deep ravines
Displays a cross of snow upon its side.
Such is the cross I wear upon my breast
These eighteen years, through all the changing scenes
And seasons, changeless since the day she died.