…’Tis she who cheers the dreary days;

‘Tis joy to know so sweet a friend;

Chrysanthemums or mums have been cultivated for millennia, even having an early written record by Confucius (551-479 B. C.) in 500 B.C. These are an autumn floral favorite of both gardeners, and non-gardeners. There are about 40 species, the vast majority being native to Asia. In ancient China, it had been known as the official flower of October, and it was considered as one of the four noble plants, along with bamboo, the plum flower, and the orchid. Over time there, it has been the subject of countless works of art, and poems.  Additionally, its leaves, flowers and roots have had edible and herbal uses, and the boiled flowers are still used to make a chrysanthemum tea. Highly revered, there were early laws prohibiting these plants from being exported. Nonetheless, it was introduced into Japan, around AD 400, by visiting Buddhist monks.

The Japanese would become expert chrysanthemum growers, selecting new flower types and colors, and over time they gained iconic status within Japanese culture. In 910, the Japanese emperor proclaimed it the national flower. Much later there even was the “War of the Chrysanthemums” from 1336 to 1392, between rival dynasties (England later had its “War of Roses”). Matsuo Basho (1644-1694), the haiku poet par excellence, often would include chrysanthemums, such as, “drinking morning tea / the monk is peaceful / the chrysanthemum blooms”. Eventually the Japanese used the chrysanthemum to symbolize perfection, and due to its long bloom period, longevity. A gracious custom is to hand someone a cup of wine with a few chrysanthemum petals floating within, to wish one health and long life. Flung out of a pale green stalk.

A fire-ball of proclamation: …

Chrysanthemum’s introduction into Europe came through the Dutch, in the late seventeenth-century, and by the early nineteenth-century, there were numerous named varieties growing, and available in the United States. Today there are more than 2500 named cultivated varieties. Chrysanthemums are the most valuable cut flower crop in our country. These are highly evolved flowering plants, where each flower is actually a composite of disc and ray florets. The disc florets are clustered in the center, and usually a different color than the ray florets.  The ray florets surround the disc, and are what most of us would refer to as their petals. Only the disc florets have reproductive capability. With so many cultivated forms, the National Chrysanthemum Society has defined 13 classes to help with identifying bloom forms. The Single and Semi-double Class, which has daisy like flowers, is one we grow, and Chrysanthemum  x  rubellum ‘Clara Curtis’, in our Butterfly Garden at Willow Pond, is a long-blooming, fine form of this class. The Pompom Class is our most frequently represented one, with autumnal plantings often at our main entrance gate, and in numerous other planting areas throughout our landscape.  For true chrysanthemum aficionados, or just anyone impressed with superlatives, a few years ago Longwood Gardens, in Kennett Square, Pennsylvania, grew a Thousand Bloom Chrysanthemum, one chrysanthemum plant with 1,167 flowers!  Incredibly, that is a long way from breaking the record for a Thousand Bloom Chrysanthemum, held by master growers in Japan, with 2200 flowers on one plant.  Superlatives aside, on your next visit here, take a moment to contemplate our chrysanthemum plantings, and also give a thank you to our entire horticulture staff, for providing us all with another outstanding, long-season, of ornamental displays, that are an integral component of what helps keep Mount Auburn beautiful, timeless, and still available. 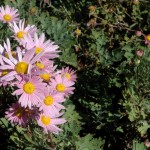 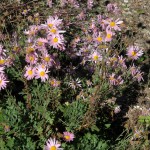 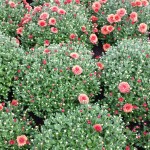 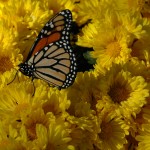 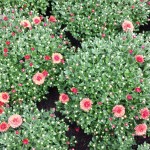 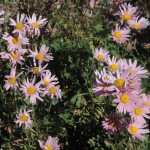 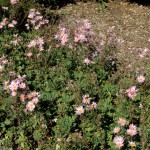 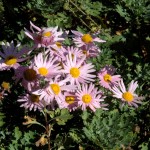 Wishing in my heart

To snip where I used to snip