…And thy lithe boughs hang murmuring and weeping

Above her, as she steals the mystery from thy keeping…

This year as the calendar turns to February our media is full of mention of athletic gold medals, past and near future. Some, perhaps many, may be unaware that there are also gold medals for plants. In the United States, consensus for the preeminent arbiter on this topic is the Pennsylvania Horticultural Society (PHS). Organized in Philadelphia in 1827, this is the nation’s oldest extant society of its kind. In 1828 they organized their first flower show and 190-years later, with a $25-million annual budget, the scope of their accomplishments is far beyond this discussion. Nonetheless in 1988, the PHS Gold Medal Plant Program which “highlights exceptional trees, shrubs, vines and perennials…evaluated and chosen for their superb eye-appeal, performance and hardiness…of zone 5-7…” commenced their highly regarded awards. One of their early awardees, in 1990, was Cully Heritage River Birch, Betula nigra ‘Cully’, a cultivated variety of the river birch. Distinctly different from the more popularly known paper birch with its striking white bark, River Birch is native to large areas of the United States. Growing along the rivers and streams of southern New England, west to Minnesota, south to eastern Texas and across to Florida, this is a medium to large-sized tree, often 30-50(90)-feet in height. On younger tree trunks there is a dramatic polychromatic appearance of its bark. It peels away in one-to-two-inch loose layers showing reddish, pink-brown, pale mahogany, orange and salmon colors. These ragged fringes, when seen in differing light exposures may create a visual kaleidoscope as one moves around the tree, most dramatic in the winter landscape. On older trees this colorful bark changes to dark-brown color, with distinct furrows and ridges. Their simple, alternate (never across from each other), 1 1/2 – 3 1/2-inch-long leaves have a wedge-shaped base, doubly-serrate margins and a tapering apex. Shiny dark green above, these leaves are pale-green and pubescent below, at least along the veins. Autumn display is a yellow color, but not very bright.

each and every leaf murmurs a quiet prayer

Please, little birch, pray for me too … As with other species of birch, there are separate male and female flowers on each tree. Before the leaves appear, multiple slender, brown, three-inch-long, male flowers (catkins) droop from the branch tips. These at maturity will disperse their pollen with the wind. Further back on the twig are separate less conspicuous upright, greenish female flowers, occurring at the same time as the leaves. If fertilized, these will later mature as cylindrical, brown, 1 ½-inch strobiles, that will spill out wind dispersed seeds from their overlapping scales. Birds favoring these tiny seeds include white and red-breasted nuthatches, tufted titmouse, cedar waxwing, black-capped chickadee, American goldfinch, purple finch, cardinal, blue jay, wood duck, sparrow as well as many other species. The cultivated variety of river birch named a PHS Gold Medal awardee, Cully Heritage River Birch, Betula nigra ‘Cully’, is glowingly described by Michael Dirr in his indispensable Manual of Woody Landscape Plants thusly, “…introduced by Mr. Earl Cully, Heritage Trees, Inc., …Jacksonville, IL; this introduction has earned a place in the birch hall of fame…superior to the run-of-the-mill seedlings, generally produced through tissue culture and rooted cuttings; tremendous vigor… the bark starts to exfoliate on young trunks (1 to 2” in diameter)…the bark is in every way superior to row-run seedlings…literally marveled at the fine coloration; is cold hardy to at least -40 F…”

On a future visit to Mount Auburn, look for some of our Cully Heritage River Birch on Bradlee Road, Story Road, Spelman Road, Mound Avenue and Mimosa Path, among other locations.

Each year PHS has chosen four, five or more honorees and between 1988-2017 the cumulative total has reached 163 outstanding plants. Almost 100 different earlier Gold Medal winners are growing throughout Mount Auburn. Below the photo gallery is a sampling, albeit an incomplete list, of notable PHS awardees enhancing our landscape. 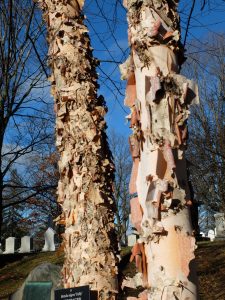 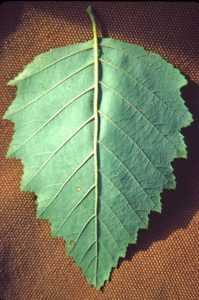 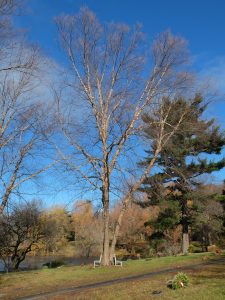 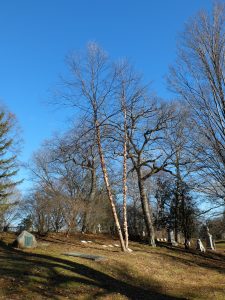 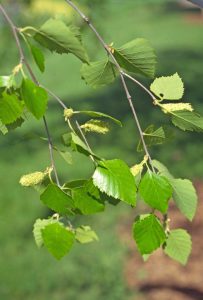 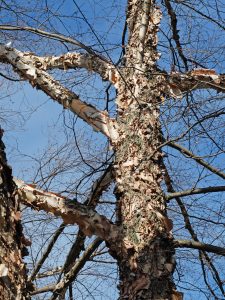 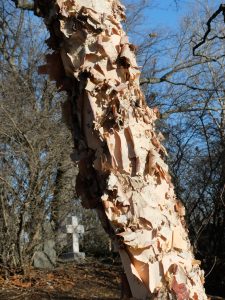 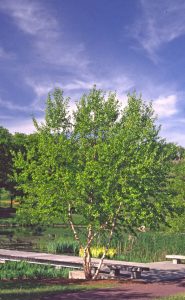 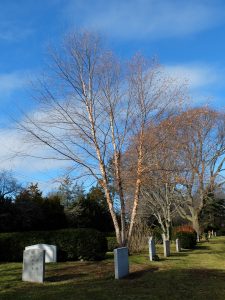