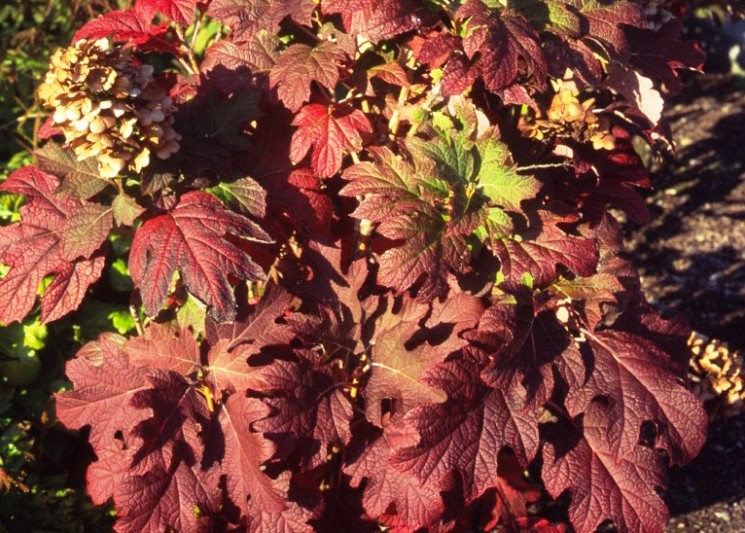 …Your autumn outshines a mortal spring,…

Hydrangea quercifolia, oakleaf hydrangea has become a favorite of many a plant connoisseur, as well as for novice gardeners. With outstanding, late fall foliage, which ranges from brilliant red, to mahogany-red, to burgundy, this is an autumnal star throughout our landscape. As its name implies, the 3-to-10-inch long leaves, do mimic the appearance of some red oak leaves, with broad, pointed, lobes, separated by deep sinuses.

Oakleaf hydrangea’s autumn splendor is not its only season of horticultural interest. In mid-June, this multiple-stemmed shrub is a visual “knock-out.” Its conspicuous, erect, 4-to-12-inch long, horn-shaped, white, flower panicles arrest our attention. These showy flowers are composed of sterile florets, each with four petal-like sepals, concealing beneath them fertile florets. Numerous cultivated varieties produce increased numbers of showy, sterile, florets. It is the sterile florets which will persist all through the summer, and into the fall, sequentially changing colors from pure white, to pink, to reddish-bronze, and finally tan. Later, some of these persistent, tan-colored, dried florets add bold, textural, off-season interest, even when snow eventually accents the landscape in January.

On oakleaf hydrangea, even the stems merit horticultural attention. Pubescent in youth, mature stems develop an exfoliating, cinnamon-brown color. William Bartram (1739-1823), American naturalist, author, and illustrator, in his noted 1791 book, Travels through North and South Carolina, Georgia, East and West Florida, the Cherokee Country, etc. described them thusly, “…the stems … are covered with several barks or rinds, the last of which being of cinereous dirt colour and very thin, at a certain age of the stems or shoots, cracks through to the next bark and is peeled off by the winds, discovering the under, smooth, dark, reddish brown bark, which also cracks and peels off the next year in like manner as the former; thus every year forming a new bark…”

On your next visit to Mount Auburn, seek out one, or several, of the approximately forty oakleaf hydrangeas planted throughout our landscape, all enhancing our dramatic, natural, cornucopia of colors.

…she considered, arranging them in a vase

whose deadness was still (how to put it?)

alive, or maybe the other side of life. 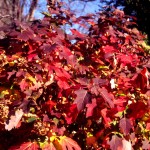 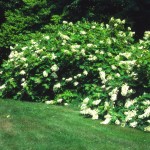 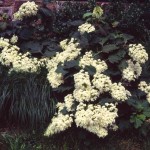 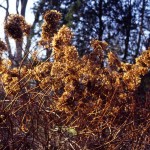 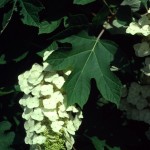 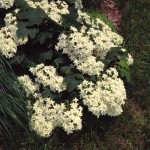 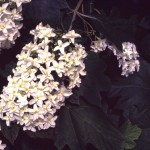 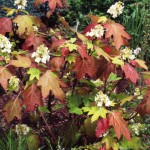 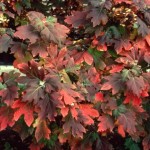 …and then a hydrangea, most placid of flowers,

capable of standing out in the rain into November,

dropped softly into the grave.