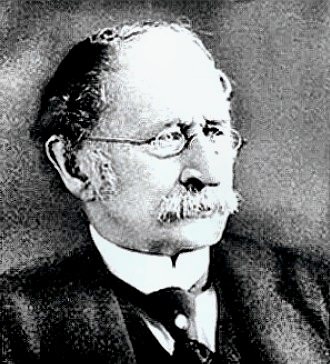 Educated in Plymouth’s public school system, John Bartlett was the grandson of Dr. James Thacher, a surgeon and historian of the Revolutionary era. He began working at the Cambridge University Book Store at the age of 16, where his love of books became evident. He was so knowledgeable about the contents of the books within the bookstore that customers seeking help were frequently referred to “ask John Bartlett” by the store’s other employees.

In 1849, Bartlett became owner of the store, and two years later married the daughter of a Harvard professor of Hebrew, Hannah Stanifield Willard, who became an influential figure on his work.

Familiar Quotations, originally published in 1855, grew out of a need to organize and record the various literary references, quotes, and passages that interested Bartlett.  Nine editions were published during Bartlett’s lifetime, and the book is currently in its 17th edition. Bartlett is buried at Mount Auburn in Lot 1108 on Ailanthus Path.

Adapted from the research of Judy Jackson and Cathy Breitkreutz, as published in Mount Auburn Cemetery’s Person of the Week: John Bartlett, 2000.