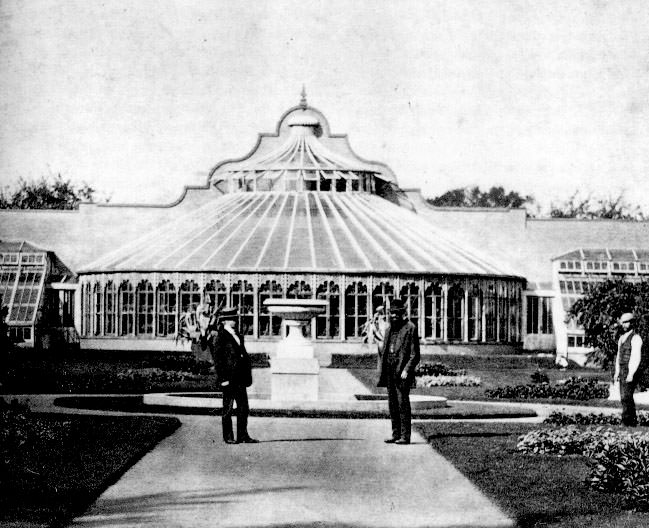 John Perkins Cushing, merchant and philanthropist, was born in Boston, Massachusetts, on April 22, 1787.

Cushing came from an illustrious New England family. He was a descendant of Matthew Cushing, who came to America in 1638, and the nephew of Thomas Handasyd Perkins, a well-known Boston statesman and merchant. Perkins raised Cushing following the death of the young boy’s parents.

Growing up witness to the family business established by Perkins and Cushing’s other uncle, James Perkins, allowed Cushing to develop an innate understanding of the merchant trade. Perkins & Company was active in the China trade, and at the age of sixteen, Cushing traveled to the Orient with the firm’s eldest apprentice, Ephraim Bumstead, to conduct business. When Bumstead fell ill, Cushing stepped in and took over. He was so successful in this endeavor that he became a partner in the firm and was renowned as “the most highly respected foreign merchant in the country” (Dictionary of American Biography). Over the next 30 years, Cushing lived in China and earned a great wealth – until poor health forced him to return to Boston in 1831.

At the age of 46, Cushing married Mary Louise Gardiner, daughter of Reverend Sylvester J. Gardiner, rector of Trinity Church. In 1834 he moved his wife and newborn child to “Bellmont,” a rural estate in Watertown, Massachusetts. He commissioned Asher Benjamin to design the mansion and outbuildings for the house, constantly offering improvements to the design and demanding changes well into the construction process. The house took nearly 15 years to complete.

More important to Cushing than the design of the house, however, was the design of its gardens. He carefully selected the plant life on display, planting more than 600 ornamental trees and 100 fruit trees in the first year alone. His interest in horticulture led him to consult with experts in the field, such as Dr. Asa Gray, who suggested new and experimental varieties of seeds. Cushing’s gardens at Bellmont became so well-known and admired that he allowed the public to tour them once a week throughout the spring and summer.

The scope of Cushing’s garden was too great to maintain on his own, so he enlisted the expertise of his head gardener, David Haggerston, who managed the landscape and gardens at Mount Auburn Cemetery in 1832. Cushing encouraged Haggerston to leave Mount Auburn and successfully employed him in 1834.

Cushing spent the remainder of his life at Bellmont and died in 1862, leaving behind a daughter and three surviving sons. Shortly after his death, Bellmont was sold from the family and subdivided into smaller lots. In 1927 the mansion, the fruit of fifteen years of labor, was demolished, and the only remnant of the estate that remains is its name. The northern section of Watertown and western part of Cambridge were incorporated as Belmont in 1859. John Perkins Cushing is buried in Lot 385 on Narcissus Path.

Adapted from the research of Judy Jackson and Cathy Breitkreutz, as published in Mount Auburn’s Person of the Week: John Perkins Cushing, 1999.