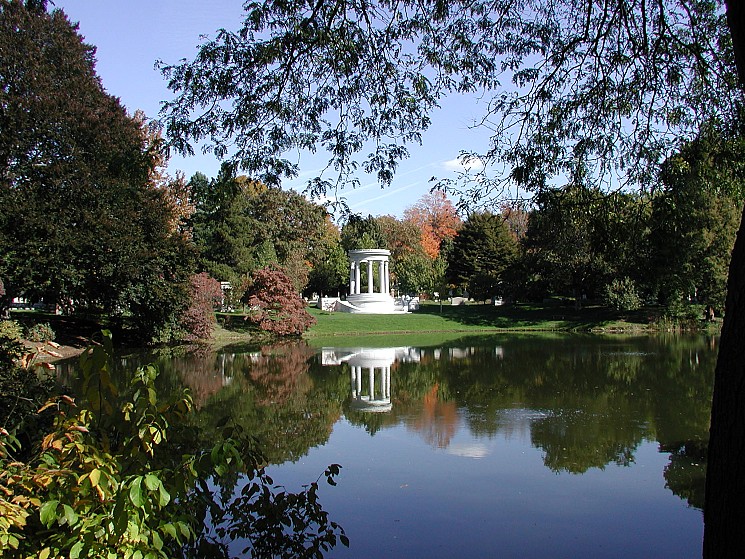 The Mary Baker Eddy monument, an anchor of the Halcyon Lake landscape, was designed by Egerton Swartwout in 1915 and completed in 1917.

Swartwout won a competition held by the First Church of Christ Scientist for his Classical Revival design. The circular colonnade features eight 15-foot columns constructed without a roof or covering, so that nothing could stand between Eddy’s grave and heaven.

Carved of Bethel, Vermont white granite, known for its resilience in the face of New England’s harsh weather, the design features symbols relevant to Eddy’s personal interests and background: a wild rose, her favorite flower; a morning glory, which opens to light and closes in darkness; a lamp of wisdom; and a sheaf of wheat, symbolizing a bounteous life. Inscriptions on the monument are from the Bible and Eddy’s writings.

Learn more about the Eddy Monument in the article “Mary Baker Eddy Memorial” written by Michael R. Davis for the Winter 1997 – 1998 issue of Sweet Auburn.