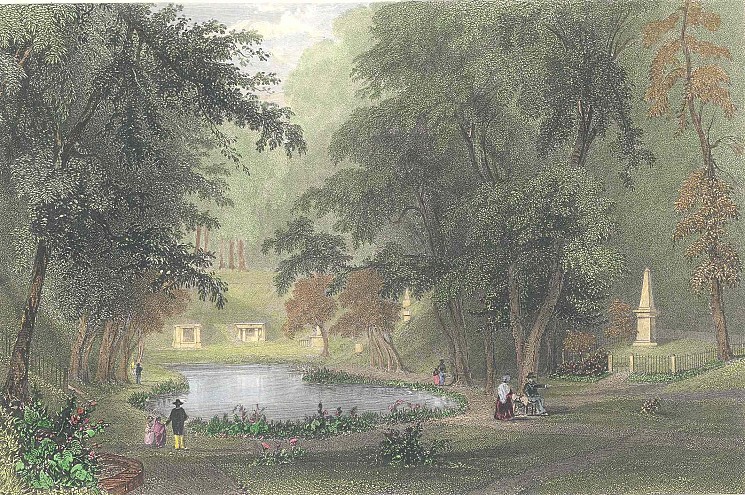 As Mount Auburn Cemetery, the first rural cemetery in the United States, gained national and international attention, other cities began to plan their own rural cemeteries. The concept of permanent family lots in a setting of natural beauty was immensely popular.  “From its founding, Mount Auburn’s example served as a catalyst for the “rural” cemetery movement that swept the nation as leaders in city after city, large and small, created similar picturesque cemeteries.  By the 1850s these multifunctional landscapes served as urban cultural amenities, providing open green spaces for tranquil, edifying recreation and for display of fine commemorative sculpture and architecture.” (Linden, 12)

Two of the first “Rural” Cemeteries to be established were Mount Hope in Bangor, Maine and Laurel Hill in Philadelphia, Pennsylvania, both in 1836*.  Green Mount in Baltimore, Maryland followed in 1837 and then Green-Wood in Brooklyn, New York, Mount Hope in Rochester, New York and Rural Cemetery in Worcester, Massachusetts joined the movement in 1838.  For a longer list of Rural Cemeteries:

*Date of founding reflects incorporation or dedication rather than first use for burials, as a few of the sites had previous burials.