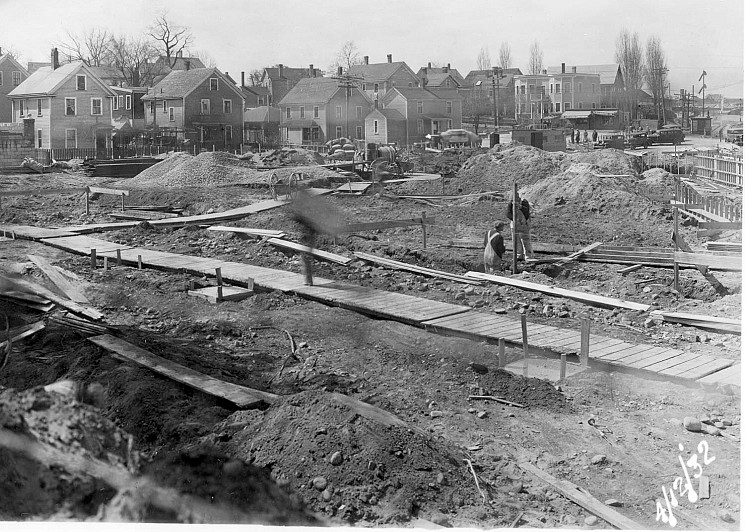 The Service Plant and garages located in the Northwest Corner of the Cemetery were built in 1932, by architect Henry L. Kennedy, on the Bird lot previously occupied by the stone crushing plant. The Operations Center, as it is now known, houses Mount Auburn’s Operations and Horticulture staff.  They have undergone minor renovations since that time including the addition of a new heating plant in 1937 and repairs in the late 20th century. In 2009 preservation work was also done on the capstones.