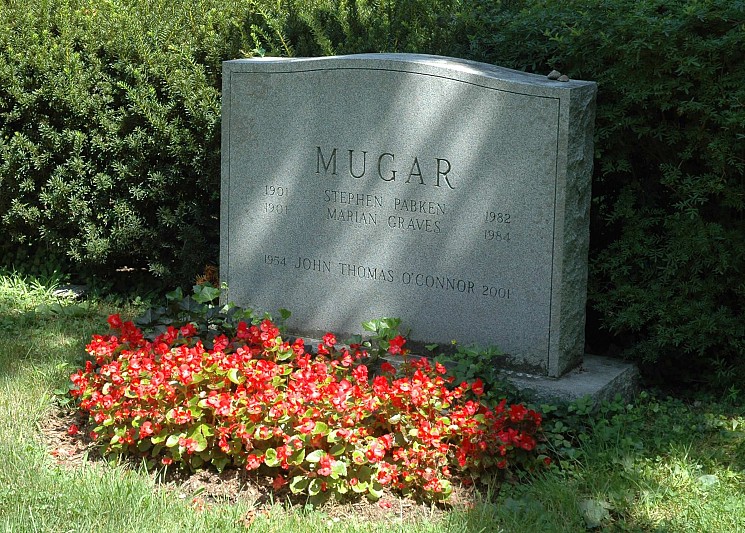 This excerpt originally appeared in “Mount Auburn Cemetery: A Mosaic of American Culture” by Stephen H. Anable, Freelance Writer, and Lauren Marsh, Staff in the Spring 2010 issue of Sweet Auburn.

The Mugar family introduced many innovations now considered essential in the American grocery shopping experience through their popular Star Markets; they have also been generous and creative philanthropists in Massachusetts and the nation for decades.

Stephen Mugar was born in Kharpert, Turkey, of Armenian descent. He came to America as a young child. In 1916, his father Sarkis, bought a small store at 28 Mount Auburn Street in Watertown, the very first Star Market. When Sarkis died in an auto accident in 1922, Stephen took over the store. His young cousin John (Lot #11000 Willow Pond Knoll), whose parents were born in Kharpert, started working at the store after school. Other than college at Tufts University and Navy service in WWII as a Commissary Officer in Okinawa, John was with Star until his retirement as Chairman in 1978. They lived by the motto: “Take extra good care of the customer, and the customer will take care of you.” They were soon successful, opening stores in Newtonville and Wellesley in 1932 and 1937, respectively.

Star Market led the way in packaging meat in cellophane to retain its freshness; using stronger paper for grocery bags; popularizing unit pricing; and, in 1948, cooking with a “radar range,” as the first microwave ovens were called. They also brightened up their stores by decorating them with vivid colors rather than the standard white tile. They improved the lot of their workers, providing employee benefits that included profit-sharing and time off to pursue education.

Through the decades, the Mugars also aided many Armenian causes, including the Armenian Library and Museum of America, housed in Watertown and dedicated to the memory of Stephen Mugar and his wife, Marian, for their family’s generosity. Stephen Mugar’s Mugar Foundation donated funding to the Watertown Public Library for an exhibit describing the Armenian diaspora and the immigrants’ subsequent success in America. He gave generously to libraries at Boston University and Northeastern University. A building at Tufts University’s Fletcher School of Law and Diplomacy is also named for him.