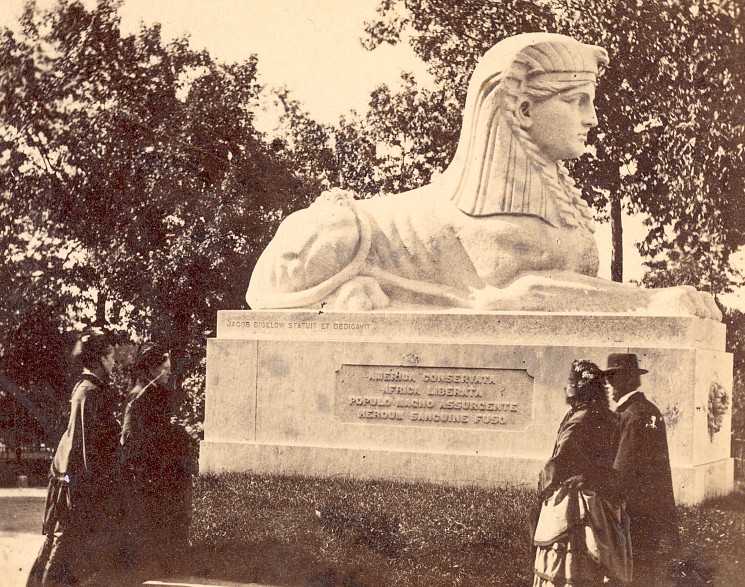 By Friends of Mount Auburn
September 1, 2013

Mount Auburn has many ties to the Civil War including the 900+ individuals buried or memorialized here who fought or served in non-combatant roles.  Additionally the writers, artists and businessmen buried at Mount Auburn made significant contributions during that time period related to the war.  Also, a number of monuments here help to tell the story of the Civil War.

The Battles & those who fought them