The Rejuvenation of Harvard Hill Over the past two years, Mount Auburn Cemetery and Harvard University have collaborated to rejuvenate the area known as “Harvard Hill” in the historic core of the Cemetery. Located just below Washington Tower, the lot has sweeping views to Cambridge and Boston and overlooks Consecration Dell. The story really begins in 1833, two years after Mount Auburn’s founding, when Lot 330 was purchased by physician and philanthropist George Shattuck and gifted to Harvard College. Many of the earliest burials in Lot 330 were young faculty members and students who died far from home, as in those days neither funerary technology nor transportation methods allowed for the deceased to be transported back to their hometowns for burial. As embalming became a common practice and long-distance travel became easier, burials in the Harvard lot declined and for many decades the area received only basic care of trees, shrubs, and monuments. However, in the meantime, many landscape improvements have been completed by Mount Auburn’s horticultural staff in the surrounding area, including the restoration of the native woodland in Consecration Dell and the establishment of a wildflower meadow at Washington Tower.

Our endeavor to renovate the Harvard Hill landscape began in April 2014 when I contacted Harvard President Drew Faust, who immediately signaled the University’s support. Harvard engaged landscape architect Michael Van Valkenburgh Associates (MVVA), and we enthusiastically agreed to involve Arnold Arboretum Director Ned Friedman and other Arboretum horticultural staff in the planning. The team quickly agreed that the renovation of Harvard Hill should respect the historic identity and significance of the location while uniting it with the surrounding context of Mount Auburn and the recent landscape restoration work. Michael Van Valkenburgh explained it this way: “Our design intervention intends to summarize the historical character of Harvard Hill as a framework for its 21st century evolution.” A naturalistic style seemed fitting so that Harvard Hill would be beautiful and inspiring but also ecologically sustainable. Over the next several months, the MVVA team facilitated a number of stimulating design and horticultural discussions among Harvard, Mount Auburn, and Arnold Arboretum staff, and by the summer of 2015 we had agreed upon a landscape plan to be implemented in two phases. The first phase, completed in November 2015, involved extensive re-grading to improve accessibility and reestablish Amaranth Path, which had historically encircled the Harvard lot. The existing spotty turf was removed and replaced with a slowgrowing, drought-tolerant fescue sod, and the surrounding slopes were stabilized. In addition, several declining trees were removed. The second phase, just completed in the spring of 2016, included soil improvements and a major landscape planting of 16 trees, 520 shrubs, and over 7,800 ferns, perennials, and groundcovers in and around Lot 330.

Many of the shrubs and groundcovers used to create the layered plant palette in Consecration Dell, such as rosebay and large-leaf rhododendron, mapleleaf viburnum, pinxterbloom azalea, mayapple, bloodroot, and Christmas fern, were incorporated into the planting. Loosely arranged columnar sugar maples were used to strengthen the legibility of Amaranth Path and preserve views into and from Harvard Hill. 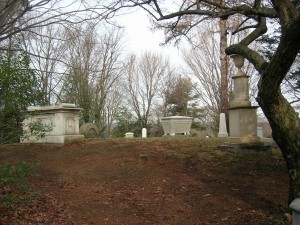 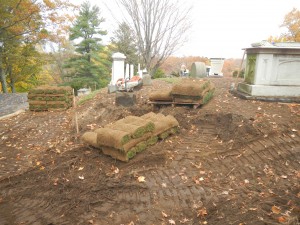 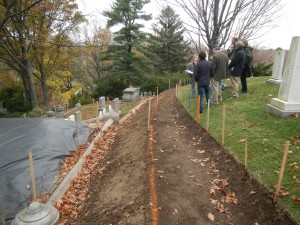 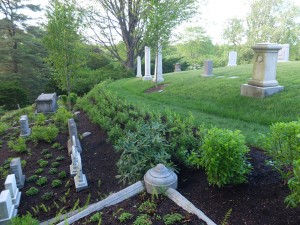 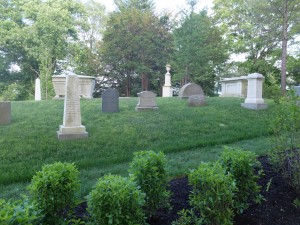 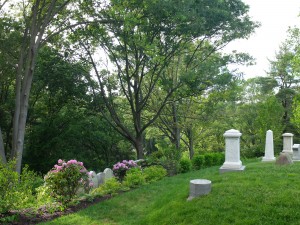 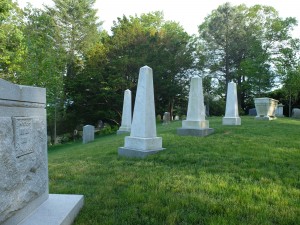 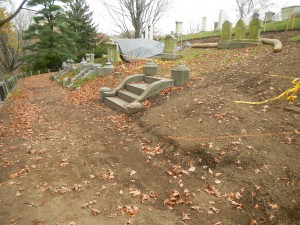 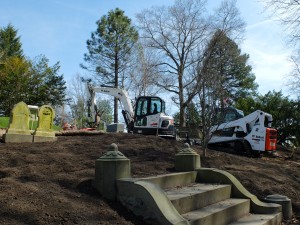 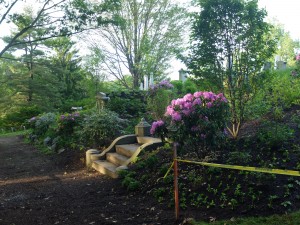 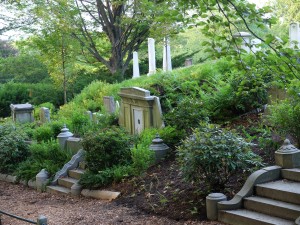 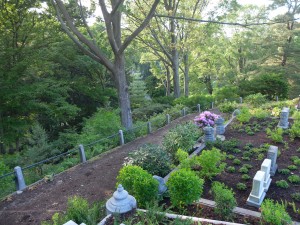 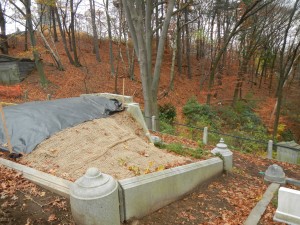 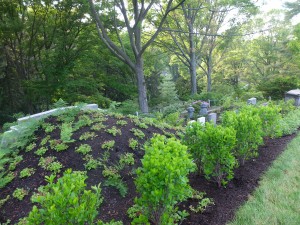 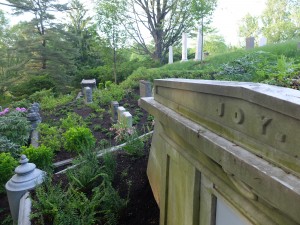 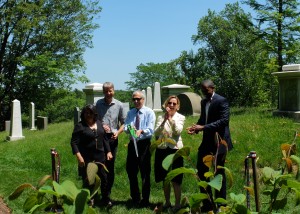 We are grateful for the funding provided by Harvard University for this exciting project, designed by Michael Van Valkenburgh Associates and installed by Robert Hanss Landscape Construction. We celebrated completion of the project with a ribbon-cutting ceremony on June 24.