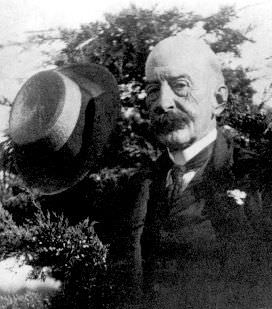 One of America’s best-known landscape painters, Winslow Homer was born in Boston on February 24, 1836.

A descendant of Captain John Homer, the Englishman who journeyed on his own boat to Boston in the mid-17th century, Homer was born to Charles Savage Homer, a merchant, and Henrietta Maria Benson, a painter of flowers. His brother, Charles S. Homer, Jr., was a successful chemist who worked in the New York paint and varnish business.

Homer began sketching around the age of 11 and apprenticed with a commercial lithographer by 19. Homer disliked the experience of working for someone else, comparing it to servitude, so he opened his own studio on Winter Street and found success as a freelance illustrator. His first works portrayed the lives of Boston’s elite and were published in Ballou’s Pictorial. In 1858 he sent work to Harper’s Weekly and moved to New York City.

Harper’s commissioned Homer to travel to Washington to sketch the images of Lincoln’s inaugural, and then the early moments of the Civil War in Virginia. Homer turned these sketches into detailed lithographs and the images prompted him to begin his career as a painter. He initially experienced frustration with the new medium and told his brother that he would take a job with Harper’s if his first paintings didn’t sell. Displaying great faith and support for Homer, his brother secretly bought those two paintings. Inspired by his travels in Europe in 1867, Homer began painting scenes of farm life and rustic landscapes. He traveled between Massachusetts, New Jersey, the Catskills, and Gloucester, using these diverse atmospheres as inspiration for his work. In 1876 he painted his first notable Adirondack painting, The Tour Guides, which was displayed at the National Academy and purchased by Thomas B. Clarke, who became Homer’s most loyal friend and supporter.

Homer lived on the east coast of England in 1881-2 and began painting watercolors of storms at sea and shipwrecks. These powerful images were incredibly popular when exhibited in Boston and New York in the early 1880s. He moved to Prout’s Neck, Maine, in 1884 and spent the next three decades of his life there, moving to warmer climates during the harsh Maine winters. Homer’s time in Prout’s Neck was very prolific and 15 of his paintings from this period were exhibited at the Chicago Exhibition in 1893, where he won a gold medal.

Homer’s legacy is defined by the work of his later years: his watercolors and his evocative depictions of the sea. Though he was known as independent and solitary, Homer was cherished in his community as a giving man and good citizen. He died in Maine in 1910. Winslow Homer is buried at Mount Auburn in Lot 563 on Lily Path.

Adapted from the research of Judy Jackson, as published in Mount Auburn’s Person of the Week: Winslow Homer, 1999.