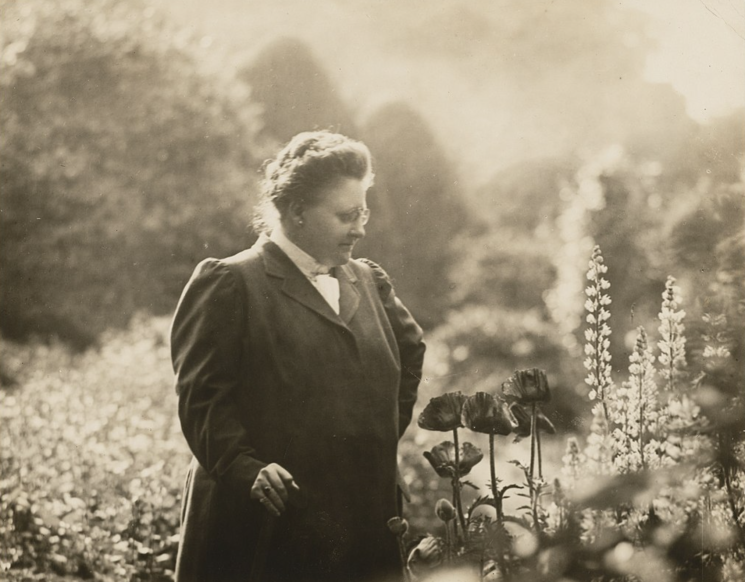 Amy Lowell, poet, critic and lecturer, was one of the leaders of the imagist school of poetry. Born in Brookline, Massachusetts, Lowell was descended from several notable New England families. She was formally educated between the ages of ten and seventeen but received her true education by reading in her family’s library and at the Boston Athenaeum. Lowell was very interested in the creative arts, and did not settle on poetry as her preferred mode of artistic expression until the age of thirty-two. Her first published poem appeared in The Atlantic Monthly in 1910 and within two years she published her first book of poetry.

Lowell soon found herself in the center of a large-scale literary controversy about the merit of new forms of poetic verse, including the Imagist style to which she subscribed.  Lowell published more than six hundred poems in eleven volumes. The year after her death she won the Pulitzer Prize (1926) for What’s O’Clock.

Amy Lowell is buried in her family Lot 3401 Bellwort Path.