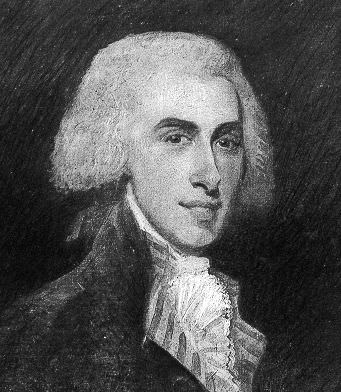 Bulfinch’s grandfather, Charles Apthorp, contributed a large sum to the building of King’s Chapel. The same structure inspired a young Bulfinch, who sketched its columns at the age of ten. He attended Boston Latin School and enrolled at Harvard in 1778. After graduation he worked in the counting room of a Boston merchant, and in the absence of work, Bulfinch designed renovations for family and friends.

Bulfinch toured Europe in 1785 and was introduced to the modern Neoclassicist architecture of Robert Adam and William Chambers. He worked as a gentleman architect and designed a new state house for Massachusetts at no charge. The design was accepted and the building completed in 1798. Bulfinch was prolific during this period, designing public monuments, churches, residences, and the Connecticut State House. He married Hannah Apthorp, his cousin, in 1788 and had seven children.

The Tontine Crescent, a new housing concept that borrowed from a design by Robert Adam, was a turning point in Bulfinch’s career. He spent years on the impressive design, but it was an economic failure that bankrupted him; Bulfinch struggled to support his large family on an architect’s salary. The city leaders wanted to repay Bulfinch for his efforts for Boston, and created two new jobs expressly for Bulfinch in 1799: chairman of the Board of Selectment and superintendent of police. He spent the next 20 years committed to these positions while continuing to design public and private buildings.

President James Monroe offered Bulfinch the position of Architect of the Capitol in 1817, and he spent the next 12 years in Washington completing the building. When he returned to Boston he completed the design for the Maine state house and retired for the final fourteen years of his life. He was buried in King’s Chapel following his death in 1844 but was later moved to Mount Auburn to be buried with his family. The Bulfinch family monument, an urn Bulfinch imported from England and originally placed in the park for his Tontine Crescent, was relocated to Mount Auburn to serve as a fitting memorial for one of America’s first professional architects. Charles Bulfinch is buried at Mount Auburn in Lot 2308 on Bellwort Path.

Adapted from the research of Judy Jackson and Cathy Breitkreutz, as published in Mount Auburn’s Person of the Week: Charles Bulfinch, 1999.