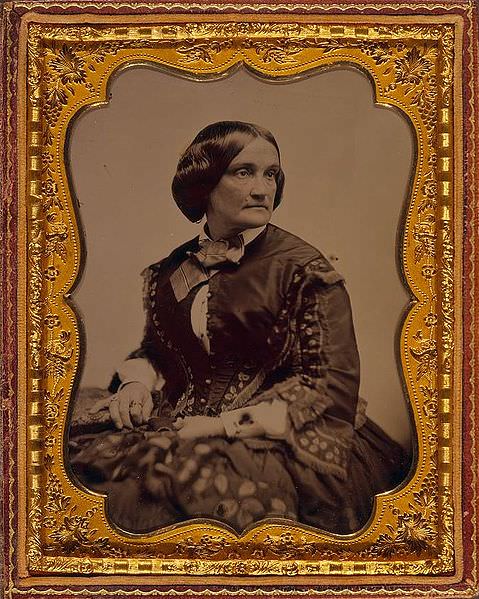 A descendant of Robert Cushman, an organizer of the Pilgrim emigration to America, Charlotte Cushman was born in 1816.

As a means of supporting herself following the early death of her father, Cushman studied opera and made her stage debut at the Tremont Theater in Boston on April 8, 1835. After her singing voice ‘broke,’ she turned her focus to dramatic theater.  At age 19, she appeared as Lady Macbeth, and was known throughout her career for her Shakespearean roles. In 1845 she made the journey across the Atlantic as the second American actress to grace the London stage, and experienced great success for her role as Bianca in Fazio at the Princess Theatre.

After spending four years abroad, Cushman returned to America and was acclaimed as the leading actress of the American stage. She continued to perform after her retirement in 1852 until retiring to Rome in 1858. She made her final return to America in 1870, staging her final farewell appearance in Boston on May 15, 1874. She died in Boston after a long battle with cancer.

Charlotte Cushman is buried at Mount Auburn in Lot 4236 on Palm Avenue.

Adapted from the research of Judy Jackson, as published in Mount Auburn Cemetery’s Person of the Week: Charlotte Cushman, 1998.