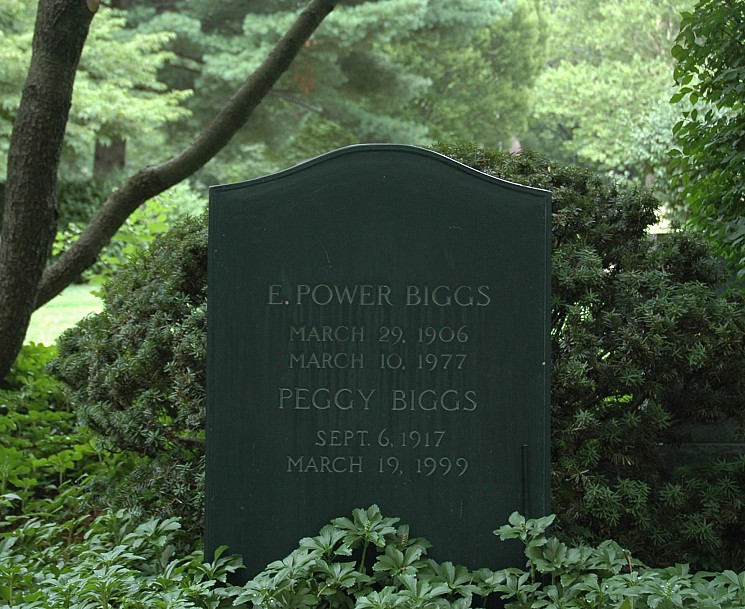 E. Power Biggs was one of the greatest organists of the twentieth century.  Born in England, Biggs was trained at the Royal Academy of Music in London.  In 1930 he emigrated to the United States and moved to Cambridge, Massachusetts where he lived for the rest of his life.

During his career, Biggs helped to popularize and mainstream organ music.  He introduced Americans to the Baroque music of Bach and Handel.  From 1942 to 1958 Biggs had a live weekly radio program on CBS which was broadcast from Harvard University.  He played with many of the country’s major symphony orchestras.  Biggs was also interested in researching early organs and early organ music.  He traveled Europe documenting antique organs and compiling volumes of music made for them.  During his career, Biggs was afforded the opportunity to play on nearly every great, old or famous organ in the world.

Both his performance and scholarship of early organ music helped to set new standards for professional organists in the United States.  So much so in fact, that in 1950 he was elected a Fellow of the American Academy of Arts and Sciences, he won a Grammy Award for Best Chamber Music Performance in 1969 and also received a star on the Hollywood Walk of Fame.

E. Power Biggs is buried at Mount Auburn in Lot 10099 on Privet Path.