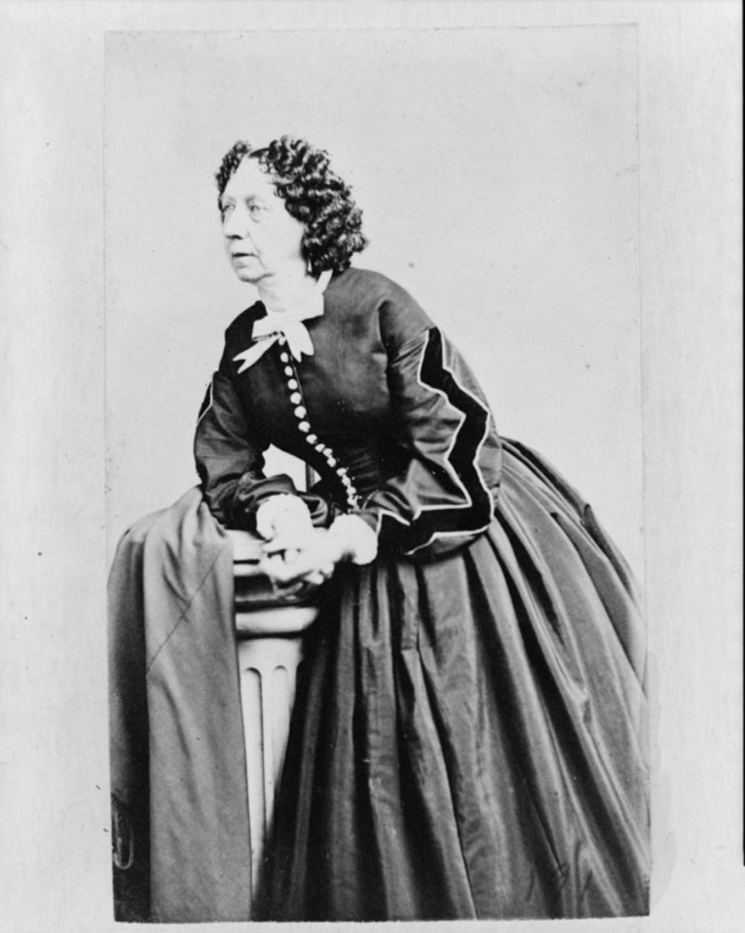 Author and newspaper columnist Fanny Fern was born in Portland, Maine in 1811, the fifth of nine children of Nathaniel and Hannah Parker Willis. Her father named her Grata Payson after the mother of Reverend Edward Payson, whom Nathaniel respected, but the rest of the family prevailed in changing her name to Sara. Several generations of the Willis family made their living in printing and publishing, including Sara’s grandfather, father and brother, all named Nathaniel.

Educated at schools in Boston and Saugus and then at the seminary of Catharine Beecher in Hartford, Connecticut, young Sara possessed a notably witty temperament and was nicknamed by some classmates as “Sal Volatile” for her popular and outgoing personality. Her father hoped that the seminary would curb his daughter’s high spirits and instill in her greater seriousness and religious devotion, but a fellow seminary classmate – Catharine’s sister Harriet Beecher Stowe – recalled Sara as full of mischief. Catherine’s brother Henry sometimes went horseback riding with Sara and greatly admired her “fair face and flowing flaxen hair. She was quite a bewitching little creature. One of the prettiest girls in Hartford.”

Sara excelled at writing compositions, and upon returning to Boston made occasional literary contributions to her father’s publication, the Youth’s Companion, though primarily she spent the next several years learning “bread-making and button-hole stitching” as was appropriate for a woman of her day. In 1837, at age 26, Sara married Charles H. Eldredge, a successful banker. The couple had three children: Mary (1839), Grace Harrington (1840), and Ellen (1844).

Following several years of happiness, Sara’s life was beset with tragedy as she lost her mother and her daughter Mary, and then her husband in 1846. For three years Sara struggled to support herself and her two remaining daughters with little help from her husband’s family and few opportunities for employ-ment. In 1849 she married Samuel P. Farrington of Boston, a merchant and widower. Unfortunately, the marriage was not a happy one and they divorced after three years.

Left once more to her own resources, Sara again sought a way to support herself and her family, working at teaching and sewing but failing to earn sufficient income. She turned instead to writing and in 1851 authored several pieces – under the pen name “Fanny Fern” – that were published by Boston periodicals such as the Olive Branch, the True Flag and the Mother’s Assistant. Within two years Fern had captured the attention of publisher James C. Derby of Auburn, New York, who published in 1853 a collection of her writings entitled Fern Leaves from Fanny’s Port-Folio. The book became an instant best seller. A year later a juvenile collection, Little Ferns for Fanny’s Little Friends, was published along with a second collection of Fern Leaves.

Suddenly Fern was an overnight success, with sales of her works numbering in the hundreds of thousands. In 1855 she was invited by Robert Bonner, owner of the weekly New York Ledger, to contribute columns to the newspaper for the generous sum of $100 per week, making her one of the country’s first female – and best paid – newspaper columnists. Fern then moved to New York and continued to live there and contribute to the New York Ledger for the rest of her life, never missing an issue. In addition to several more collected works she also published two novels, Ruth Hall (1855) and Rose Clark (1856).

Fern lived until age 61 and despite several years of struggle with cancer, refused to stop writing or traveling. She was survived by her third husband, biographer James Parton, and her daughter Ellen. She is buried in Lot #994 Eglantine Path at Mount Auburn, and her monument – covered with fern leaves and naming her only as “Fanny Fern” – was chosen by her daughter and financed by New York Ledger owner Robert Bonner.