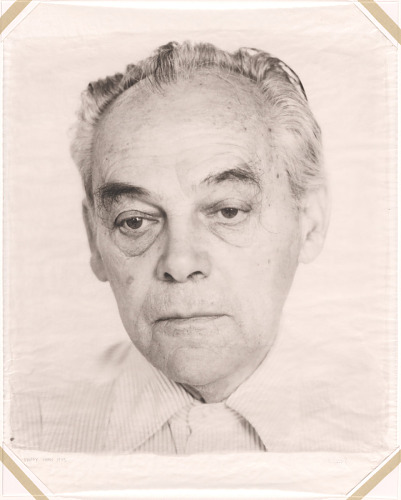 Kepes studied at the School of Arts in Budapest and moved to Berlin in 1930. He worked alongside Laszlo Moholy-Nagy, a major figure in the Bauhaus movement. Moholy-Nagy’s interest in kinetic sculpture and the intersection of art and technology would be highly influential in Kepes’ later work. Kepes spent the next several years traveling and working throughout Europe.

During a visit to London in 1936, Kepes spotted a beautiful young woman milling around on the street. Juliet Appleby was searching, with her mother, for the studio of the photographer booked to take her portrait. Kepes offered to paint her portrait instead. A year later, the two married; Kepes still hadn’t started the portrait. Four days after their simple wedding, they moved to the U.S., where Kepes served as the head of the Light and Color Department of the Institute of Design in Chicago (known as the New Bauhaus).

The couple moved to Cambridge in 1946 when Kepes accepted a position as associate professor of visual design. In 1967 he founded the Center for Advanced Visual Studies, born out of Kepes’ desire to create a dialogue between artists and scientists, and nature and technology. A prolific author, Kepes penned three landmark texts in the visual arts world: The Language of Vision (1944), The New Landscape in Art and Science (1956), and the two-volume Vision and Value (1965, 1966).

Kepes did not limit himself to academia; the talented designer created the stained glass windows for the First and Second Church in Boston, and his paintings grace the walls of museums worldwide. His work did not focus on art movements or visual trends; rather, it posed larger questions about man’s relationship with nature, the universe, and the built landscape. This prompted collaboration with a friend, and another Mount Auburn resident, known for his optimistic ideas about the impact of design on humanity: Buckminster Fuller.

Known as a quiet man, Kepes lived a simple, humble life. He kept a home in Wellfleet, unassumingly decorated with natural materials, and without running water. His circle of friends was wide and attributed to his magnetic personality: his lofty, optimistic ideas about art and humanity inspired and captivated everyone around him. He died in his home in Cambridge in 2001.

Kepes is inurned beside his wife at Lot 12104, Oxalis Path. Kepes bought the interment space shortly after moving to Cambridge, and his grandson, Janos Stone, designed both monuments.