The Continuing Story of the Mount Auburn Toad Project 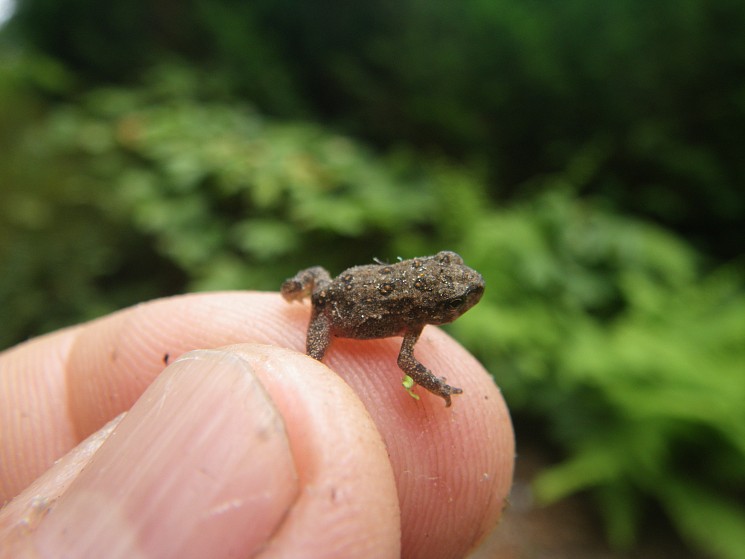 If you weren’t aware, there has been an ongoing project over the past three years of releasing American Toad tadpoles in the Dell Pond with the hope that, following metamorphosis, some of them will survive to adulthood and begin breeding on their own. The ultimate goal of the project is to establish a self-sustaining population of American Toads at the cemetery. (Though American Toads were probably present at the Cemetery at its inception, there has been no evidence of them within the Cemetery for at least the past 20 years, and they’ve probably been absent for decades.)

Those people who have been following this project will know that juvenile and adult toads have been observed throughout the cemetery over the past two years. As last year was the final year of releasing tadpoles at the cemetery we will now simply monitor the toads living at the cemetery.

Two noteworthy events occurred this past Spring and Summer that indicate the project is unfolding as designed:

1. In March, calling male toads were heard for the first time at the Dell Pond and at Halcyon Lake. (Listen to the call of an American Toad courtesy of the Upper Midwest Environmental Services Center.) This indicated that the male toads had reached breeding age.

2. In June, newly metamorphosed toadlets were observed along the edges of Dell Pond and Halcyon Lake. As no tadpoles were released in the cemetery this year, these are undoubtedly the offspring of some of the original tadpoles released at the cemetery – and the first American Toads in many a year who can claim Mount Auburn Cemetery as their place of birth. 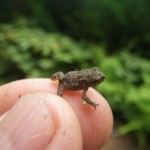 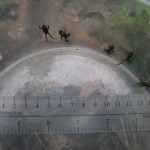 Additionally, there were continued sightings of adults throughout the cemetery during the summer and into the early fall. It is hoped that next Spring will bring another round of calling males and toadlets.

Should you be out and about in the cemetery next year during late March or early April on a rainy day or towards evening, listen carefully if you are near a water body … and if you hear toads calling please email Paul Kwiatkowski with the following information:

• Where in Mount Auburn it was located (example, Mound Avenue)
• Size (example, as big as a quarter) (if you saw it)
• Habitat (example, under a water spigot)

Article by and photos courtesy of Joe Martinez, Ed.D.
Joe is the Outreach Educator at the New England Wildlife Center and a Curatorial Assistant in the Herpetology Department at the Harvard Museum of Comparative Zoology.